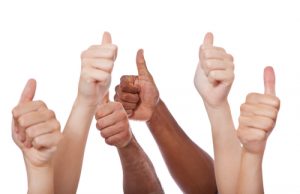 I get an inordinate number of questions about what the industry fondly calls “blurbs,” and here I attempt to cover them all with a detailed list of how authors can approach soliciting and choosing, and everything in between. In today’s book marketplace, blurbs still matter to publishers and the industry at large, in part because they’re a bit of a holdover from a bygone era and publishing is big on tradition, and in part because household names and big review outlets still carry a lot of prestige. The idea is simple. If you’re a fan of John Grisham and he blurbs a new legal thriller, you might be more inclined to give that new book a chance. But obviously most newly published authors today are not getting blurbed by household names or big review outlets. I’ve witnessed my own authors at She Writes Press agonizing over blurbs, while others seem to treat the whole endeavor like a sport. But by and large, whether the process of procuring blurbs comes easily or not, I see a lot of misconception about the blurb’s purpose and around the protocol of blurbing in general. So here’s my attempt to set a few things straight.

The ask
The first order of business when soliciting blubs is figuring out who to approach and how to make the ask. I tell authors to make three lists: (1) realistic people you actually know; (2) possibilities due to second- or third-degree-of-separation connections; (3) pie-in-the-sky people. The ask is honestly tough for most authors. It’s hard to put yourself out there like that, but it’s part of the job of being an author. This is also an exercise in delayed gratification, as it takes time, and sometimes nagging, to get the most coveted blurbs. The soliciting itself is an art in you’re going to need to write the letter of a lifetime—showcasing why you want that specific person to consider blurbing your book, while also flattering them so that they know they’re meaningful to you, and not just someone you’re checking off your list. For the pie-in-the-sky people, your best shot is to approach their agents, and be prepared not to hear back, or to get the standard, “She’s not blurbing right now.”

Blurb length
The standard length of any given blurb should be no longer than 100 words. You can and will get blurbs that are longer, but that doesn’t mean the whole thing needs to run on your book. Where length is concerned, less is more. You want to extract the most important nugget of what your blurber has to say, and be discerning about their attribution too. You don’t need to list all the books they’ve ever written. You are going to need to make choices in the interest of brevity. Just because you’re smitten by the high praise someone’s given you does not mean your reader wants to slog through a review of your book disguised as a blurb. For an example of a job well done on this front, check out the many reviews for Fauzia Burke’s Online Marketing for Busy Authors. I love these because they’re short and to the point, none of them exceeding 100 words and most hovering right at the sweet spot of 50.

Number of blurbs
There is indeed such a thing as too much of a good thing when it comes to praise. If you have 20-30 blurbs, they don’t all need to go on or in your book. There are other purposes for blurbs besides being in print in your book (Amazon, for instance). For first-time authors, I recommend anywhere from three to six blurbs on your back cover, obviously pared down in length if you have six or more. I also recommend no more than a single praise sheet, front and back. Readers are not going to be interested in wading through three to four pages (six to eight front and back) of blurbs by people they’ve never heard of. Be discerning and exhibit self-restraint.

Blurbers’ credentials or relevance
One of the first books I ever acquired at Seal Press was a series of profiles of kick-ass women. In fact, the book’s subtitle was “The Outrageous Lives of Nine Kick-Ass Women.” The author knew Tom Robbins, which was cool, and because he’s a big name we put his blurb on the front cover. The thing was, it was confusing. Our sales reps didn’t get it. It didn’t make sense why this novelist was blurbing a book about kick-ass women, and we probably would have done it differently if given a second chance. Moral of the story: it’s great if you have big names, but they forhealthylives.com/ should have some relevance to your book project. I’m not sure we would have cut Tom, but maybe we’d have put him on the back cover instead. For self-help authors, or authors of issue-driven books, people’s credentials are as important as their names. If you have a John or Jane Doe no one’s ever heard of but they’re the head of a famous psychiatric hospital and your book is about mental health, that’s a score. The same is true if you’re writing a gardening book and you get a blurb from an editor at Better Homes and Gardens. You get the picture.

Selectivity
Dear authors, people will live with disappointment if they don’t make the cut. I realize the impulse to include every single person you asked to blurb your book, but you may need to make some tough decisions. And it will likely be more painful for you—given they’ve complimented your work—than it is for them to make your final selections. But remember the less is more rule, and really try to stay within some boundaries on blurbs and praise: not too many, not too long, and not just because.

Editing your blurbers’ endorsement of your work
Yes, you can and should edit people’s endorsements. It’s expected. If it’s a very famous person, I recommend asking for permission. But in general the finessing and paring down of endorsements is absolutely par for the course. I constantly have authors feeling compelled to get permission from people about the most minor of changes. It’s very conscientious, and it might be appropriate in some cases, but unless you’re changing their meaning, it’s largely unnecessary. And it’s certainly not necessary to ask endorsers to approve running a portion of their longer blurb.

Ranking
It seems obvious enough that you rank in terms of prestige, but authors often lack confidence here, as if there’s some right way to rank blurbs. There’s not. At the end of the day, you’re looking at name recognition and credentials. You may want to strike a balance with regard to your blurbers’ differences and/or similarities. I often see books that have more female than male endorsers, for instance, so the man might go in the second position to make the point that men and women alike are readers. Don’t overthink it. Make a decision and stick with it. No one will question you about the order of your blurbs once your book is out in the world.

Overflow
It may seem like any blurb that doesn’t make the cover should go on the praise sheet, but that’s not necessarily the best thing to do. Sometimes you may need to cut a blurb—because there’s too many, or because it’s lackluster, or because it’s repetitive of something another endorser wrote, or just for variation. Blurbs can have a digital life. They can live on Amazon, and on your website too. Yes, it might be second best, but it’s okay.

Running the same blurb twice
Of all the protocol issues surrounding blurbs, this is the one I get the most pushback on from my authors. I save it for last for this reason. Here’s the thing. It is done. There is precedent for running the same author on the front and back cover, or on the back cover and praise sheet, but there are very clear methods and reasons. If you have a high-profile person who gave a longish blurb, you may choose to run a single sentence on your front or back cover and then the complete blurb either on the back cover (if the single line ran on the front) or praise sheet. To me, this is the only circumstance in which running the same blurb twice makes sense. Many authors I work with want to run short lines from multiple blurbers on the back cover, to fit as many as possible, and then to run those same blurbers’ endorsements in their entirety on the praise sheets. To me, this is more about ego than a best practice. Praise has a function, which is to give testimony that you have written a good book. But it can have the opposite effect, too. If you are running too-long blurbs and multiple blurbs by the same person in various places on your cover, it can feel supercilious, and readers feel that. And honestly, there’s nothing more exciting than getting a blurb from someone you admire. So revel in it, but also remember the point above about self-restraint. There’s a happy medium, and that’s what you want to hit.

Good luck, and may you get more blurbs than you can print!

Why Should You Hire a Book Coach?