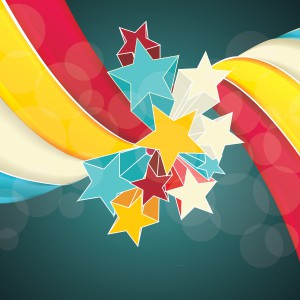 We’re in the middle of a cultural shift. Have you been paying attention?

For some writers this news is discouraging, while others find it inspiring. Regardless of what the numbers say to you, the fact is this: If you’re writing, you need to throw yourself into the mix. And if you’ve already written a book, do it again.

The hardest thing for most new authors to swallow is how small sales are for the average book. Last year on Forbes, Nick Morgan reported that, on average, self-published books sell less than 250 copies. Other outlets reported less. This is not unique to self-publishing, however. When I first started working for a traditional house in 2000, a mentor of mine who’d been in the industry for years informed me of a stark reality of book publishing: “90% of all books fail,” he said.

In traditional publishing, you have a one-year window. Sometimes, in bigger houses, even less. But in self-publishing, you can take your sweet time in terms of thinking about the long-term pay-off of your book—and you should. Because the real financial gains come after a second or even third book.

Most aspiring and first-time authors, in my experience, have unrealistic expectations about sales. The vast majority think it will easy to sell through at least 1,000 copies of their book. After all, 1,000 seems like a really small number when you look at the bestseller lists and books that are selling over 1,000 copies a day.

But actually, it’s not easy to sell 1,000 copies of a book. Which is why things like author platform matter so much—even (and I’d argue especially) for self-published authors. I’ve maintained for years now that you can use a first book to build a platform, but then you have to think about your first book as just that: a first book whose purpose is to build your audience. You then need to get back in the saddle pretty quickly and write another book. I would say two years is a sweet spot. Less than that is great. And depending on your genre, you might be writing a book (or more) a year. (Yes, it’s true—genre writers actually write more than one book a year. Crazy.)

So what do I mean when I say play big and all the way out there? And how do you do it? What I mean is this: If you want to be an author, you have to step out there, channel Nike, and just do it. I’ve written in other posts that letting your proposal or manuscript languish any longer than six months with an agent or editor is too long. If they don’t bite before then, they’re not going to give your book the attention it deserves anyway.

As a book publisher I find that too many authors (still) are holding themselves back from their own success. They are waiting for someone to give them the green light, when in fact they are the only ones who can do that. Authors who are suffering because someone told them “no” are really only saying no to themselves. And this is not just about getting published; it’s about the bigger picture of what happens after your book comes out. You can say “yes” to yourself by self-publishing, but still say “no” to marketing, “no” to putting yourself out there, “no” to being as successful as you want to be.

Recently, one of my SWP authors came to my house to sign her contract. I asked her about her marketing plan and she said she didn’t have one. I prodded, wanting to know why. She said that she’d been working on her book for five years, and she was ready to just get it out there. She didn’t care whether it was successful or not. When I inquired into this more deeply, she paused. It took a few moments, but she confessed that maybe she’d been talking herself into believing that her book couldn’t be successful. She’d spent a lot of brain power, it turned out, telling herself that it would be okay if the book did not succeed. It was enough just to get it out. I’m happy to report that this author has changed her tune, and she’s got a marketing plan underway, she’s hiring a publicist to do a campaign, and she’s putting herself out there in ways that might be uncomfortable. But who said exposure and growth were comfortable?

At IBPA’s Pub U this year, I heard multiple speakers say that it’s the easiest thing in the world to publish a book and the hardest thing in the world to sell a book. So, when you’re thinking about playing big and all the way out there, consider what you’re doing. Is it really enough that you are publishing, or do you want to commit to more? And by more I mean working on your platform, growing your social media, hiring people to help you grow, having a marketing plan, hiring a publicist when the time comes.

You hear a lot about “playing big,” and there’s a lot of pressure to do so. But playing big is not about impressing others, or necessarily about making money or getting famous (though in book publishing these things can be the result of playing big). It’s actually about honoring yourself to live into your full potential. Playing big is the opposite of keeping yourself small because you’re afraid of failure.

There have been many times in my life (many of them fairly recent, actually) where I’ve made leaps that have made me so uncomfortable I felt I would be sick. When SWP was first contemplating signing with Ingram Publisher Services for distribution, I had all kinds of doubts. I was hemming and hawing and go around and around. The then-president of the company was someone I’d known my whole career. She sat me down and looked me in the eye and said, “Brooke, right now you are playing in the tiniest corner of the publishing world.” It was like a cold pail of water on my head, but she was right. I was freaking out, but not signing with Ingram would have been keeping myself (and SWP and our authors) very small. I was scared to take the leap because of how much bigger SWP could get. Now, six months later, I’m thrilled that we made this leap. We all need someone to occasionally give us a reality check. And then we each need to decide whether or not we’re going to leap.

How about you? Have you made a leap around your writing that scared you? Do you see ways in which you’re keeping yourself too small? What does the idea of playing big and all the way out there bring up for you? Share your thoughts!

See you next month.

Go Ahead and Green-light Yourself

5 Entrepreneurial Tips for Authors Who Want to Up Their Game