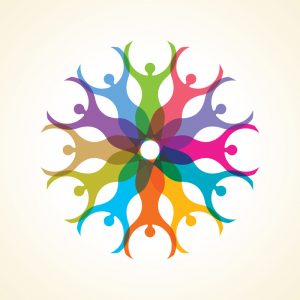 Perhaps you’ve known since you were a little girl that you wanted to write. Or maybe you’re someone who processes everything through the written word, who cannot go a week or a day without writing. Then again, you may be waiting to find your voice, not sure where to begin.

Regardless of where you are in your journey, we’ve been gifted a new mandate this week to tell our stories. One of the most unsettling things this grueling election has uncovered is the hard truth about what it’s like to be a woman in America. After the Access Hollywood tapes were released, most of us were horrified, but what followed was, “Me too.” Show me a woman who hasn’t had to bear the penetrating gaze of a male “admirer,” who hasn’t been subjected to men telling her how to act, who hasn’t fielded comments about her appearance when circumstances certainly didn’t call for it, who hasn’t been touched inappropriately or groped as if her body weren’t her own. And this is the mild stuff.

I spent last weekend at a retreat with nearly 80 women. While some shared openly, a few confessed to not wanting to remember their experiences. The revelations of the election had brought up memories of being fondled by neighbors, date-raped, molested by brothers, uncles, or fathers, accosted in all sorts of ways. More than one woman recalled mothers and aunts warning them about men. “Steer clear,” they’d say, “he can’t control his hands.” But these were uncles and grandfathers and family friends, and kids can only ward off men’s advances so many times.

It’s awful to acknowledge this truth: Me too. But we must. When you first start to record what happened, it’ll be hard, possibly excruciating. You’ll feel like you’re betraying your family. You’ll be tempted to minimize your experience. But anyone who’s been writing about the experience of growing up female in America buy accutane 10mg online will tell you that it gets easier with practice.

Beyond our personal stories, we mustn’t overlook the unfair treatment we face in the literary world. The VIDA count reliably shows the inequity between male and female bylines and reviews in publishing. We get passed over for having female names, for writing female characters, and for not writing “like men.” We win fewer awards and get fewer reviews and often get suggestions to change our stories and our characters to suit a male paradigm. I’ve known novelists who’ve been told to change their women protagonists to men, memoirists who’ve been asked to fictionalize their stories or flat-out invent storylines, and writers who’ve been told to pare down inclusive language because certain audiences “don’t buy books.”

Online, women’s stories are often marginalized, if not outright criticized. Memoir is a bastard genre because it’s dominated by women. Women are told their stories of grief, abuse, or loss won’t sell, and yet the women I hang around with devour these subjects.

As women, we are bound by the commonality of our experiences. We feel less-than because we’ve been conditioned to feel that way. To distance ourselves from the subjugation we all face is to deny its existence. When we bury that deep inside, we feel shame, guilt, wrong-doing, self-blame, self-hatred—and propagate this misery for future generations. Writing is a balm. Shared experience soothes weary hearts. I have been comforted this week by the wise words of women online who are showing their resolve and determination by sharing their stories. We can’t afford to be silent. We have no choice but to stand firm in our conviction that what we write matters. We will leave a legacy to the next generation through our words. Our integrity, honesty, and vulnerability will pave a way forward. Write. Share. Cultivate community. Champion women writers. Support women’s literature. Buy women’s books. Embrace sisterhood. We need it more than ever.