Writing When No One Is Listening 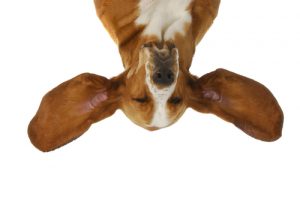 Earlier this month I had the privilege of spending some time with Mark Nepo, the man Oprah Winfrey has called one of the greatest spiritual teachers of our time. In reflecting on his personal journey over the past three years, which, due to the support of Oprah, has been pretty meteoric in nature, he told me, “I’m just so glad that I kept writing back when no one was listening.”

This reverberated in me, perhaps most profoundly because of the number of clients I work with every year who reach a crisis point, led by the voices of their inner critics that say things like, “Why are you bothering?” “No one is going to want to read this.” “Who cares?!”

In my work as a coach, I’m pretty hard-pressed to think of a single client who hasn’t struggled with messages like this at some point in their process—some more than others of course.

Mark’s simple statement spoke to me for a number of reasons:

1. You never know when people are going to find your work. Oprah found Mark’s book, The Book of Awakening, ten years after its first publication. The fact that he had so much work already out in the world is undoubtedly what’s allowed him to soar. You can get a big break like an endorsement from Oprah, but even with a big break, you have to have done (and continue to do) the hard work and discipline of writing.

2. If you let the critical voices get the best of you, you’re accepting defeat on someone else’s terms. Your inner critic is a bastard, so let’s just get that out of the way. It does not want you to succeed. It wants to keep you small. I’ve witnessed a lot of writers allow the inner critic to talk them out of pursuing their creative dreams. It’s the single most widespread creative tragedy I know of.

3. It’s important to find your own grounding in your work. This one is big. So many writers want to be heard, but they’re looking for outside validation to tell them that they’re good enough, or they’re only measuring success based on who else cares about their work. Writing whether or not anyone is listening buy valtrex online no prescription means that you are writing for your own expression, desire, creativity, gifts—and people finding it, and/or finding it important, is secondary.

4. The only way to be successful as a writer is to publish. This is obvious in terms of how we measure success, but so many writers are just sitting on their work—waiting for what? Mark published lots of works on very small houses over the years. He’s incredibly prolific, and he writes to publish, as well as to process, to teach, to connect, to commune. But in this mix must be publishing because this is the only way to gain readers (listeners). Be consistent about getting content out into the world. (And it’s good that social media, blogging, guest posting, or digital only strategies be a part of this—content is content!)

5. You have to be your own best listener. If and when no one is listening, and whether it’s true or not that no one is, you need to feel the way your message affects you. If you know the feeling of flow, then you know the feeling of connection and resonance with your own words. It’s powerful stuff. Addictive even. Feed on this rather than the words of your inner critic.

If I could have a grown-up Christmas wish, it would be to eradicate the bully voices that plague so many writers. Although I understand, too, that it’s the struggle that makes the achievements all that much more rewarding.

I’d love to hear from others of you who’ve found helpful strategies for writing through the loneliness, for connecting to your writing even if and when no one is listening. Part of this is a practice; part of it is gaining confidence that what we say matters; part of it is owning that we want to be successful and that’s okay.

And then, of course, the number of people who are listening is going to shift as you grow. You may start with ten listeners and grow to a few hundred and then to a few thousand and then much more. Even the most famous and widely published authors started with a first piece of writing and a first published book.

Happy holidays and New Year everyone!