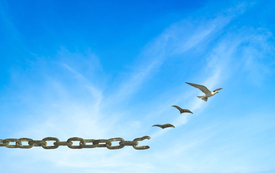 Earlier this month I moderated a panel at the Bay Area Book Festival called “The Future of Book Publishing.” We had an esteemed group of panelists from all areas of the industry, with Jack Jensen, publisher of Chronicle Books as the traditional figurehead, and Mark Coker of Smashwords representing the self-publishing contingent.

A question surfaced from the audience: Do some people avoid self-publishing because they don’t qualify for awards?

Jensen was the first to respond, telling the earnest woman that anyone can submit to contests — just submit. I almost felt bad to have to inform him of his industry’s bias — that no, you can’t just submit, and that countless awards programs bar self-published authors (and any author, in fact, who’s invested in their own work) from entering.

Jensen was shocked, and I was shocked that he was shocked. And yet gratified too. Even someone with such illustrious credentials who’s been in this industry nearly four decades thinks policies like these are bullshit.

A couple days later I was being interviewed for a podcast. The host started talking to me about the topic of bias in the industry, which seems to follow me everywhere I go (because I’m vocal about the aforementioned bullshit factor). She said she suggests self-published authors have their own imprints and submit wherever they want to and say that they’re published on a “small press” (their own) and no one will be any the wiser.

This took me back to a conversation I had four years ago, when I first launched She Writes Press, in which a fellow publisher suggested I not make public the fact that our press has an author-subsidized business model. I responded that I wanted to be transparent, and this many years later I feel the same way. As independent authors and publishers, we need to repair a broken system, and we can’t do that by trying to “pass” as traditionally published authors in order to benefit only ourselves. When one indie author rises, we all rise. When one awards program or review outlet lifts their ban on self-published authors, others take notice, and eventually the measure of author-subsidization as a way to determine which books are worthy will fall. To me, this is the goal, to level the playing field in an industry that is hellbent on keeping self-published authors contained and separate.

Indie authors themselves can start pushing back. Here are five easy ways to start:

Other industries celebrate independence and creativity in a way that book publishing does not. Musicians and screenwriters/producers are rewarded for investing in themselves, honored by their industries and given equal and fair treatment based on the quality of their work, not who laid down the money for the album or the filming and production.

The book industry will change because it must. There’s an opportunity here for people who hold contests, control reviews, and run associations to open up their policies before the tide turns against them. I argue in my new book, Green-Light Your Book (out this month), that independent authors must first stop standing for second-class treatment. They must get over the notion that because they weren’t published by the traditional system that they should be silent about this treatment that impacts us all. Some authors have a lingering internalized sentiment that they are second best, while others may not realize the degree to which these biases affect the sales potential of their books, and their future as career authors.

I’ve worked on both sides of this industry, and author-subsidized books are every bit as good, and often better, than traditionally published books. Because indie authors have skin in the game, their books are only getting better, too. They’re increasingly partnering with publishers and experts and making sure they’re meeting best standards. Independent authors are the new undiscovered literary voices that traditional publishing can’t or won’t take a chance on. We’re going to see more and more of these voices break out, and more hybrid authors (those who publish traditionally and nontraditionally) who are leaving traditional publishing in droves (either because they’re forced out or opt out) and bringing with them the message that your worthiness is not based on who you publish with. It’s based on how good your book is. So let’s let the books do the talking, shall we? And start calling bullshit where we see it — louder, together, and more often.