I’ve found that lots of aspiring authors are confused by what it means to market themselves. I often see proposals that are lackluster at best in the marketing components; or worse, proposals that claim there are no Competitive Titles (a big no-no). If you want to sell your book in today’s publishing climate, there are three aspects to your proposal that have everything to do with marketing:

For the sake of brevity, we’re only going to tackle one of these today—#1—and I’ll come back to the other two in future newsletters. I tend to choose topics based on where I’m seeing my clients struggle, and this month, in the small window I’m coaching on my maternity leave (see below for the baby photo), positioning is begging to be better understood.

According to Wikipedia, “positioning has come to mean the process by which marketers try to create an image or identity in the minds of their target market for its product, brand, or organization.”

In book publishing, hours-long marketing meetings can be spent talking about positioning. The reason it’s tied to Competitive Titles is because those titles that are similar (note: similar does not mean the same) to your book help publishers figure out: a) whether your book belongs on their list in the first place; b) where your book belongs in the bookstore (ie, category); and c) how their publicists can pitch your book to media.

Understanding and knowing how you want to position your book before you shop it can increase your chances of getting a book deal. So, let’s look at a couple examples—one prescriptive and one memoir.

Example 1: Prescriptive Self-Help
One of my authors at Seal Press, Joan Price, came to me a couple years ago with an idea for a second book (Naked at Our Age is being published this spring). Her first book, Better Than I Ever Expected, was about senior sex, and though the book had performed well, our marketing department was reluctant to do another book solely focused on the same topic by the same author. Joan’s book, however, was equal parts sex and health, and the marketing team was very interested in a sex book that focused on health. This is where positioning came into play. It’s not that Joan had to write a different book. She, and by extension me as the editor, simply had to keep in mind that health was a key component to what she was doing. This meant more expert opinions. We floated the idea (though it ultimately didn’t happen) of getting an MD to write the book’s foreword to give it more health credentials. This small adjustment to the way we thought about and later pitched (read: positioned) Joan’s book was what allowed Seal to be able to publish it. It’s important to note xanax online with no prescription that publishers don’t want replicas of books they’ve published in the past. They need and want fresh content. So if you’re approaching a press because they’ve done something similar to what you’re doing, help them out by being creative about your positioning. Make sure to tell them what’s unique about your book, and how it might be differently positioned from other similar titles on their backlists.

Example 2: Memoir
Memoirs are tricky because their positioning isn’t always as easy to manipulate. Although positioning has to do with how you talk about your book, the book itself does have to deliver. This example comes from one of my clients who wrote a spiritual memoir, and yet she and her agent positioned the book as both spiritual and as a Girl, Interrupted or Prozac Nation—meaning edgy, truth-telling, and raw. It was, in fact, a blend of all of these things, but in this writer’s case, the positioning ended up being problematic for publishers. Many of the editors who saw it wanted the grittier, edgier book promised in the proposal, and some even suggested she lose the spiritual undertones. It’s probable that she could have reworked her book per editors’ suggestions and repositioned (and in her case cut) the book to make it work for a particular press. Or she could do what she did: decide that the spiritual aspect was integral to the work and to her story. This particular book still hasn’t sold (and the author moved on to writing another book), but I don’t think she regrets not having changed her book for other people’s vision.

When you’re in the seemingly enviable circumstance of having editors weighing in on your proposal and telling you they might be able to buy/publish it if you’d just . . . (fill in the blank), it’s important to be careful. This can be a great thing, and it can lead to being published. But it can also lead to you sacrificing the book you were meant to write. I’ve seen authors have their book hijacked by editors who were trying to make a book work. I’ve also seen authors get more closely aligned with their original visions for a book by editors who were trying to make it work. So it goes both ways.

So think about where you are with positioning, and do your homework on your Competitive Titles. Help your agent, and by extension your publisher, understand how you think about your book, and be open if they have other suggestions for you—but not to the extent that you sacrifice your original intentions or story.

Good luck, and until next month.

Postscript. There was no January newsletter in the midst of my new motherhood haze. James Lyons came into the world on December 22. Thank you for all of your well wishes. I’m back to work, as I mentioned, in a limited capacity, but I’m happy to have squeezed a February newsletter out just under the wire. 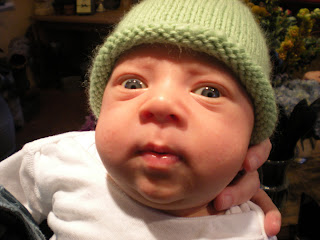 PrevPreviousPlan Your 2011 Sabbatical
NextBook Marketing, Part 2 of a 3-Part Series: Your BioNext