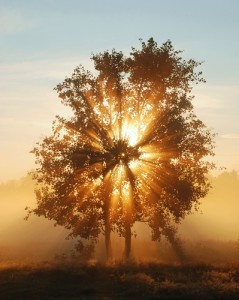 This past weekend I attended a conference in San Diego. It was a much-needed opportunity to get of my environment, and off of autopilot. I went away to work on my business (as opposed to in my business), a perspective shift that gave me space to think about the big picture—where I’m going, what I want, and where I could be doing things differently. It’s virtually impossible to find the space to think about this stuff, no matter how important it is, when we’re caught up in the push of our day-to-day lives.

Writing requires a similar sort of tending to—a reconnecting to where you’re going, what you want, and how you might be doing things differently. Just like entrepreneurs, writers can get trapped by what’s working, not knowing how and when to shake things up or make a change.

Enter the totally outrageous and unexpectedly funny keynote speaker I had the pleasure of witnessing on Monday night. Actor Glenn Morshower. This is a guy whose face you’ll recognize when you click on the link. Clearly a workhorse. His resume reads like the menu at the Cheesecake Factory.

Even though I like inspirational speakers, I was caught off-guard by Glenn, in a good way. He gave me one of those moments of delivering something so completely necessary to me that I didn’t even know that I needed. Here were my two main takeaways:

Listen to your whispers

Glenn talked a lot about following his whispers. At first I took this to mean intuition, but it turned out to be deeper than that. He shared stories of acting on the impulse of his internal voice—getting off a plane when he heard “the whisper”; calling a woman he’d known as a child on a whim when he heard “the whisper” to do so. (He later ended up marrying her.) Whispers are something between intuition and following your inner calling. Listening to them means paying attention to how your destiny wants to unfold. I often tell writers I work with, “Your book already knows what it wants to be,” and I believe that our calling to write the book we’re supposed to write is a whisper. Glenn shared the story of how Michelangelo, when asked how he carved the Statue of David, replied by saying he didn’t carve David, but rather carved away everything that was not David. This was following whispers. We receive these whispers all the time. Some of us are so practiced at tuning them out that we can no longer hear them. Others of us effectively ignore them. And many of you, I’m sure, are familiar with the incessant whisper, the one that will not let go, the one that you want to ignore but you can’t. Right now I’m living with such a whisper, and what Glenn’s talk reminded me was simple: that I can. I’m reluctant to make big declarations here, but let’s just say that I want to shake up my life, to do something bold and outside of my comfort zone that reminds me of the me I was before I got to be so adult! (Hint: It involves Mexico, so I’ll keep you posted.) What matters here is that whispers point us to the radical edge that David Whyte writes and speaks so eloquently about. He urges us to live on the radical order valtrex usa edge, to do those things that thrill and scare us. Those things that make us feel alive. For so many writers I work with, writing is radical edge. So lean in and listen. Take risks and take note of the rules about whispers: 1. They don’t care about our excuses; 2. They don’t need to make sense; and 3. They don’t need to be convenient.

I once attended a workshop where the leaders led the group in a laughing circle. I can’t even express to you the resistance I felt at this. I thought I was going to die inside by how contrived I felt it was, by how sure I was that I would be the only one not able to laugh, or just sitting in the circle with a fake smile on my face. But once the twenty or so women got to laughing, what started as contrived turned into something very authentic. It was contagious, and pretty soon everyone—including me—was in hysterics. It was odd, and I wouldn’t have believed how true and deep and good it was unless I’d witnessed it myself. In Monday’s keynote, Glenn told about studies in which the molecular stucture of water changes when people speak to it positively or negatively (or send it prayers, good and bad energy). I’ve heard similar things about plants. Imagine how positivity or negativity, then, impacts us and our creative pursuits. How many of you deal with the voice of your inner critic, battling the voice that say, Who cares? You suck; Who’s going to want to read that? These are the most common nasties I hear coming from the inner critics I’ve met face-to-face in exercises with the writers I work with. Glenn talked about a lot of random stuff in his keynote, and nothing more bizarre than a practice he has of putting food stuffs (baloney, cereal, cheese, etc.) in his underwear when he goes out on acting auditions (which he calls “meetings”). What I realized is how utterly non-resistant he is. There is no holding him back from acting on the childlike, zany, or even batty ideas he has. If he wants to do something, he does. He is unleashed, and he doesn’t care what people think. It’s all in the pursuit of joy, and it’s not about trying to be outrageous, either (because I know a lot of people like that). When I think about the resistance I felt at the laughing circle, I can still feel the contraction. It was a firm, “I don’t want to,” the response of an insolent child. Some of us hang out here our whole lives—in opposition to joy, creativity, to what wants to be alive and spontaneous inside of us. I don’t think I will ever be as unleashed as Glenn is, but I want to practice paying attention to that kneejerk response that says, “Don’t.” Whether because of social conventions, conditioning, messaging, you name it. I am committing for the rest of this year to pay attention to letting in more joy, more freedom, more possibility.

If you’re so inclined, please share with me a whisper that’s nagging at you, or an experience you’ve had with being unleashed, and what gift or gifts that might have brought along with it.