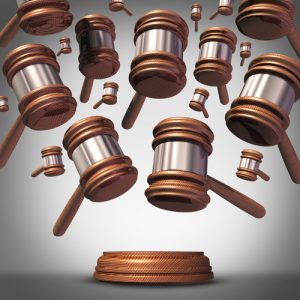 Because I host regular free webinars about memoir writing, I’m in contact most months with hundreds of memoir writers. And even though the topics I teach typically have nothing to do with libel or slander or misrepresentation, people’s questions always go there.

Most writers are afraid of what will happen to them if they write their memoir. The consequences of telling our truth ranges from benign (your family will be mad at you) to quite serious (you might be facing a lawsuit). The problem is that most memoirists don’t understand what constitutes a legal breach, and almost everyone is as worried about hurting someone as they are about the idea of getting into trouble legally.

During my sixteen years in publishing (mostly memoirs), I’ve received three cease-and-desist letters from lawyers about memoirs, none of which resulted in any further legal action. In the first memoir, the author characterized a conversation with hospital staff at a major urban hospital. The cease-and-desist letter reached us pre-publication because the author had sent a galley copy to the hospital. It wasn’t too late to remove the scene. The second case was similar. The author had been studying with a master teacher, and she’d written about more than that teacher was comfortable with her sharing. Again, this memoirist shared those pages with her teacher prior to publication, and the teacher insisted she remove major chunks of text, which she did. In the third instance, one of my She Writes Press authors, Kelly Kittel, wrote about her family and a doctor involved in a wrongful death suit in her memoir Breathe. She named names, and was on legally solid ground because the things that happened were part of the public record. For those interested in knowing more, she unpacks this story in an essay called “Be Brave and Say Their Names Out Loud” in my forthcoming anthology, The Magic of Memoir.

These experiences have given me context about what is okay and not okay to publish. And while many authors understand they can hire a lawyer to vet their manuscripts, most are just looking for some quick and easy guidelines to ease their worried minds. So here’s what I have along those lines:

1. Change names and identifying details.
If you are worried about hurting someone’s feelings, or putting information into the world about someone you love (or once loved), or someone who has it out for you (or might have it out for you if you were to expose something about them), then you need to change both names and identifying details about that person. If a person can recognize him or herself in your work because of their looks, their profession, how they’re related to you, etc., then you need to find ways to disguise them. Give them a different job, a different gender (if possible), and different city of birth or residence. This isn’t so easy when it comes to our children or our ex-spouses, and sometimes it may be necessary to write under a pseudonym if you are concerned your family will disown (or sue) you, but in my experience this is only necessary in extreme cases, and usually happens because the writer is worried about getting cut out or cut off from their children more than they’re worried about being sued.

2. Show the people you’re writing about what you’ve written.
If you’re worried about an ex-colleague or partner, a co-parent, an old friend, someone you’ve studied under, a coach, or some other person who played a major role in your life and who shows up in your memoir, consider showing them what you’ve written before you go the route of changing identifying details. You can even ask them in advance if it’s okay to write about them in your book and see how they react. Some people are honored to be written about in a memoir, and even appreciate a nuanced portrayal of themselves and their actions. This is obviously not going to work with an abuser who perpetrated a crime against you, but if you have a decent buy accutane 20mg relationship with someone, consider this route, and have them sign a simple waiver agreeing to be in your memoir. You can even ask them if they’d prefer to have their real name published, or if they want to have a pseudonym.

3. Write what happened and edit out what needs to be removed later.
Most writers are worried about the issues of exposing themselves and others way too early in their process. With memoir writing, the biggest gift you can give yourself is space—and there is nothing about worrying about alienating someone you love, or obsessing about how someone in your life is going to react to your work, that is spacious. Write what happened, and worry about changing the details later. Use people’s real names in your first draft. They’re not going to show up at your door with threats just because you put their names on the page. Breathe, and write. And then with the perspective of a complete manuscript, you can consider what needs to be purged.

4. Get clear about what you stand to lose.
Kelly Kittel knew what she stood to lose when she wrote about her family in Breathe. And she did alienate them. But that connection had to be sacrificed for her truth to come forward, and she walked into the publication of her memoir with her eyes wide open. Rather than fret about what may or may not happen, consider what the worst fallout might be, and then ask yourself if you’re ready to face that. In many cases, lawsuits are the least of it. When people say they’re afraid to publish the truth of what happened, they’re typically afraid of exposing secrets, of outing others, of saying what’s not to be said. But there are many cases in which you’re allowed to name names. You’re allowed to name names if what happened is a matter of public record, if you have evidence to back up your claim, and if the person you’re accusing or outing is a public figure. There are countless memoirs in which sexual abuse survivors out their abusers, and this is allowed because these things happened, and the abuser is put in the position of deciding whether to sue the person they abused, knowing full well the crime they’re responsible for perpetrating happened, or just dealing with the fact that their heinous crime came to light in a memoir. Never once has an outed abuser sued a memoirist.

5. Get your manuscript professionally vetted.
In extreme cases, and if you really want to name names and need to make sure you’ll avoid a lawsuit, hire a lawyer. I’ve spoken with some people who are so afraid to write their memoir for fear of what might happen that they never start. A lawyer can talk you through what might happen, and help you get clear about whether any part of your story is off-limits. In the vast majority of cases, aspiring authors package their fear of personal fallout in fear of getting sued. Consider that James Frey didn’t even get sued for lying. He just got a public whipping. Augusten Burroughs’s family tried to sue, but nothing came of it. These are high-profile cases that fizzled out. You don’t hear a lot about memoir cases going to court because they’re that rare.

If you’re afraid of a big fallout, consider whether that fear might be your inner critic at work, making you bad and wrong for exposing someone or something that you’re not “supposed” to share. Going against the grain and exposing yourself and others is the number one scariest experience of memoir writing. You may need to be in dialogue with your critic to ease its mind so you can continue to write your truth. Remember that you are brave and in charge of what you ultimately share or don’t share, and you have time between starting your book and publishing it to make incremental choices and edits along the way.