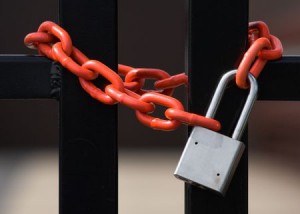 This week, the Big Five just got bigger with the announcement that Hachette (the fourth largest U.S. publisher) is acquiring Perseus (the sixth largest U.S. publisher) in a deal that will close next month. In the world of book publishing, the new millennium seems to have ushered in an era of acquisitions and mergers. Recent notable acquisitions have been Random House’s (parent company Bertelsmann) acquisition of Penguin, and HarperCollins’s acquisition of Thomas-Nelson and Harlequin. Perseus has nine imprints—Avalon Travel, Basic Books, Basic Civitas, Da Capo Press, Da Capo Lifelong Books, PublicAffairs, Running Press, Seal Press, and Westview Press—and a backlist of over 6,000 titles. At the same time, Perseus is selling its distribution business to Ingram. (For insiders, this is a bit ironic, since Perseus owns Publishers Group West, a company that paved the path for Ingram’s current distribution model.)

But what does this acquisition means for writers—especially the aspiring as-yet-unpublished writers, or authors who’ve previously published traditionally and question whether or not they’ll be able to get a traditional deal for their next book? I’m going to suggest that it might not be what you think—because big publishing getting bigger is not winning the industry any popularity points among readers, writers, or authors.

I was working for Avalon Publishing (at Seal Press) in 2007 when Perseus bought the company and its seven imprints: Avalon Travel Publishing, Carroll & Graf Publishers, Marlowe & Company, Nation Books, Seal Press, Shoemaker & Hoard, and Thunder’s Mouth Press. That Seal survived was testament to its status as an indie darling. Perseus closed and/or folded all of the other imprints except Avalon Travel. Shoemaker & Hoard became Counterpoint (negotiated in the sale of the company by Counterpoint’s Charlie Winton and Jack Shoemaker); Carroll & Graf and Thunder’s Mouth were shut down; Nation became part of Public Affairs; and Marlowe & Company became part of Da Capo. I think we can anticipate a similar kind of folding with the Hachette acquisition, though how everything gets sliced and diced will play out over the next year or so.

When Perseus acquired Seal and Avalon’s other imprints, one of my authors, the magnetic Susie Bright, said something memorable to me: “This will be death by one thousand cuts.” It felt foreboding, and while it wasn’t that dire—Seal didn’t die—those cuts she predicted did erode me over time. We weren’t indie anymore. We were BIG publishing. Perseus was (is) the sixth-biggest publisher in the U.S. and the expectation for me, the sole Executive Editor at the time, was to acquire BIG books. That was the mandate, literally.

No longer could I acquire a project just because I loved it, or because the work needed to be published—which was part of Seal’s original mission. Where we had once regularly acquired fantastic books that would be steady backlist sellers for advances in the $5K-$10K range, suddenly our floor was $20K, and we could stretch much higher than that. Our profile in the industry was better, and agents were sending us more projects. We stopped looking at the slush pile, and authors who might have had a fighting chance with us in 2004 when I first started wouldn’t be given a cursory glance anymore. It was sort of exciting to have this bigger profile, but what I lost was something much bigger. I lost a certain connection, a finger-on-the-pulse-of-what’s-happening (or about to happen) energy that I thrived on as an up-and-coming editor. I was no longer going to conferences to entertain pitches from hopeful writers, or scouring online-health-pharm.com/ cool blogs to “discover” a new writer who might not have had her eye on writing a book just yet. All of a sudden I was only—could only—rely on agents, because in publishing the definition of a “BIG” book starts with the fact that an author has already been vetted by an agent. I missed the chase, the courting, the developing of projects and working closely one-on-one with my authors. I became an acquisitions machine, focused on buying turnkey projects. And under this paradigm I acquired A LOT of books.

This hustle, however, ultimately forced me out of big publishing. It stopped being fun. It became all about quota. As much as I loved the books I acquired, I didn’t feel as connected to the projects or the authors as I had when we were indie. The irony was that authors getting paid bigger advance dollars often meant they were more entitled. Seal’s reputation as a bigger publisher meant that agents played hardball. Being in the major leagues was not nearly as fun or spirited or risky or soulful as being independent. And so I left, and in 2012 I co-founded She Writes Press with She Writes founder Kamy Wicoff, in part to recapture some of that spark that had fueled me in my early days in publishing, and especially in my early days at Seal Press.

The consolidation of publishing is, perhaps, death by one thousand cuts, but the suffering that’s happening in the industry is actually making room for a new paradigm of independent publishing to take hold. Sometimes it takes being cut to the core in order for new life to emerge. In this case it’s just unfortunate that the publishing industry is creating its own demise. Big publishing has failed to realize the power of allegiance, of belonging, of community. As they grow, they seem more and more patriarchal. The barriers to entry are already ridiculously high, and the measure for what “deserves” to get published is based on marketing and branding star power, resulting in more culturally and intellectually vapid books being published on imprints whose names used to evoke feelings of reverence. Authors have less of a say, less involvement. In some cases they’re not even informed about what’s happening with their own books. Big publishing is not fostering an environment that authors want to be a part of, and they’re oftentimes turning elsewhere, more and more often abandoning even the notion that they might traditionally publish. And I think this will be the wave of the future. Whereas self-publishing used to be a last resort, it’s often a first choice today. Hybrid presses like She Writes Press and others like us are developing new models that give authors their ownership back, and offer true partnership and co-creation. This is empowering.

So authors, take heart. Yes, publishers are swallowing each other whole, and it’s messy and sometimes really sad. But the fact that walls are getting higher and doors harder than ever to pry open doesn’t have to be daunting where it comes to your choices for getting your book out in the world. We’re lucky because we have options. We can green-light ourselves. Interestingly, the public response to what’s happening in big publishing is democratization, somehow pushing us back to what publishing was always supposed to be—a means to get our messages and stories out and into the hands of readers without a gatekeeper to tell us whether or not we can.