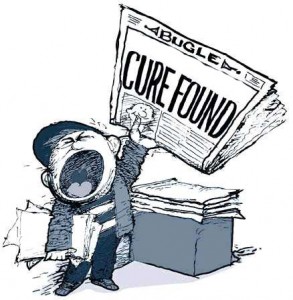 I almost never write grammar posts because I’m not much of a grammarian. I know good writing from having read and edited countless books, but I was not an English major, and the last grammar class I took was in seventh grade.

I also have to confess that I sometimes experience brain static—more commonly known as dissociation—when I read long-winded grammar rules. I love words and how they fit together, but I’m like a musician who plays by ear rather than by the notes, and this inclination of mine, I’m sure, is why I prefer developmental editing over copyediting.

That said, I can be a stickler about certain grammatical points—and one of those is the word “that.”

“That” is one of the most used words in the English language. It can be used as an adjective, adverb, conjunction, pronoun, relative pronoun, noun, modifier, subject, and subordinator. Most writers overuse the word “that.” As a general rule of thumb, you can omit the word “that” often. Trust your ear, and if you read a sentence out loud and it doesn’t need “that,” then omit!

But far worse than “that” as an extraneous word is “that” used to refer back to something a writer has described in a previous sentence, or earlier in the same sentence, that doesn’t in fact do the proper referring. This pet peeve of mine is the misuse of “that” as a demonstrative pronoun. Yes, I’m about to get a little bit grammatical on you, but I still had to borrow the following information from www.englishclub.com:

Here are some examples with demonstrative pronouns, followed by an illustration:

• This is heavier than that.
• These are bigger than those.

So what we’re talking about here is “that” (or “this” or “these” or “those”) used to describe or refer to something more specific. When writing, “This tastes good,” for instance, a writer would necessarily want the reader to know what the substance in question is that tastes good. In dealing with more complex writing than these simple examples, writers often describe a series of things (in three or four or more sentences) and then make reference to something specific using the word “that” and operating under the assumption that the reader knows what the writer is referring to. Unfortunately, many writers assume wrong and are in fact being sloppy in their use of “that” instead of a more specific word or more specific language.

Here are a few examples of clients’ homework (altered to protect the innocent) where what “that” refers back to is vague, confusing, or unclear.

After their fight, she realized she was too good for him. She wasn’t going to take his bullshit anymore. She credited her first boyfriend for that—for loving her, listening to her, and even for dumping her.

My edit: She had to credit her first https://cialischeapprice.com/ boyfriend. He’d loved her, listened to her, and even dumped her, but he’d left her with a deep-seated understanding that she was worthy and deserved the best in a relationship.

Note: In this case the sentence needed to be reworked to show why an ex-boyfriend is to be credited for the breakup of the existing relationship. More context was required and the “that” was not sufficient to describe what the writer wants the reader to know.

Knowing what can happen when a young woman stays late at night to take meetings with older male bosses, I decided to always leave the office at 5pm. If you knew me, you’d know I was a good girl, that I’d never compromised myself, especially for my career. I was too afraid of what might happen if I were to do something bad. I’m a person who will never try cocaine because I’m afraid I might overdose.

But that wasn’t good enough for John.

My edit: But my morals weren’t of any interest to John.

Note: In this case we need to know what wasn’t good enough for John. It’s not clear, and we don’t necessarily know where this is going. But at least by exchanging “that” for “my morals,” we understand that John doesn’t care how good the narrator is.

My edit: However, don’t let these issues prevent you from communicating to your employees.

Note: This is the simplest fix of the three examples. We’re simply replacing “that” with “these issues” since “legal issues” is what the “that” is referring to. In most cases, demonstrative pronouns can be clarified by repeating the original noun you are referring to. If you do this too much it might seem repetitive, but in most cases it’s a good solution that doesn’t leave the reader questioning what “that” refers to.

Using “that” in ways that are vague and unclear causes readers confusion. If readers lose you because they don’t know what “that” is referring to, then your characters, moral, story line, takeaways, or conclusions are compromised. The reason good grammar matters, of course, is that it allows readers to follow along without getting tripped up.

The “that” cure is relatively simple: Check your use of “that” in your writing. Omit it and/or define it in more descriptive terms where possible.

If you do love grammar, check out Grammar Girl, and my top-notch editorial go-to, Annie Tucker, who’s just emerging in the online space but who, I know, will soon be giving Grammar Girl a run for her money.

I’d love to hear from you! Do you love grammar, or do you feel ambivalent? Do you wish you knew the rules of grammar better than you do? What are some of your pet peeves when it comes to grammar?

PrevPreviousWhat Constitutes a Lie?
NextDo You Listen to Your Whispers?Next