Top 10 Things All Memoir Writers Need To Pay Attention To

As Linda Joy Myers and I gear up to host some new fall classes and prepare for our next six-month course, I’ve been fully immersed in memoir land—one of my favorite places to be. If you can hold this list in your mind as you write your memoir, you’ll have a leg up at least, and maybe even experience what we call “memoir magic.” 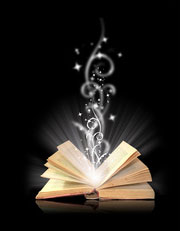 1. Scope
Knowing the scope of your story means knowing where it starts and where it ends. You don’t have to have a perfect sense of what comes in between, as long as you know where you want to end up. Most memoirists bite off more than they can chew for a single memoir, and have to end up paring back and creating a tighter container around their story. You want to create these bookends around what you’re writing as early as possible.

2. Sequencing of Scenes
Sequencing is the order in which you piece your story together. Your scenes may well be the most important piece of how your story unfolds, and they plays out within the container of your memoir’s scope. Many first-time memoirists try to be ambitious in their sequencing by telling a story out of linear order. While this is okay, it’s also important to understand that a linear story is a satisfying one, and you can tell a linear tale and still pop out of the current time line using memory and flashback. Don’t make it harder on yourself just because you think a linear storyline is too easy. I assure you, it’s not.

3. Tense
Pick a tense and stick with it. You can experiment a bit. For instance, dream sequences or flashbacks might be written in present tense in a memoir that’s otherwise written entirely in the past tense. But just as is the case with sequencing, too much tense jumping, if you don’t have a firm command of tense, has a more negative effect than positive. Changing up your tense too often pops readers out of the storyline and can create confusion. If you’re not sure what tense you want to write in, write the same scene in present and past and see what happens. Which resonates more? Which makes you feel more fully connected to the story?

4. Dialogue
Although I’m a fan of well-written narrative prose, a memoir without dialogue is not a complete memoir. A general rule of thumb is that any given chapter be 20%-40% dialogue. It moves the story along. It allows you to showcase other characters without getting into their heads (which you’re not supposed to do), gives ample opportunity for body language cues, and relies on the skill set of “showing” rather than “telling”—all of which give dimension to your characters and your memoir.

5. Present vs. Past Narrator
From what vantage point are you telling your story? Decide this up front and create the structure of your memoir around that narrator—the you of that given time. You can use memory and flashback to jump from one narrative voice to another, but again, you must be in command. I’ve seen too many memoirs being told from a child’s perspective without any adult reflection; or a child’s perspective where the author has inserted something far outside of the understanding of an eight- or nine-year-old child. Narration gives you a lot of freedom. You can employ both the “voice of innocence” and the “voice of experience,” but giving the reader indicators about where you are so they aren’t left guessing and wondering is key. (Read more about the “voice of innocence” and “voice of experience” as written by Sue William Silverman, here.)

6. Word Repetition
Sometimes it’s difficult to see our own word repetition, but every writer is guilty of having certain pet words and phrases. Don’t worry too much about catching these things early on in your writing process, but be aware that you will want readers or an editor to read your work down the road. Jot down any repetition you notice, and keep a running list of words or turns of phrase. Rather than spend any time looking for the perfect word replacement, highlight the repetitions as a note to yourself buy xanax no prescription usa that you’ll come back at a later point and replace all those words or rewrite the sentences.

7. Sentence Structure
Just like with word repetition, sentence structure can be a killer. You have to vary it up. I have worked with authors who seemed to rely on a certain kind of sentence structure, as if they’d been taught that that was what made for good writing. But the reader needs short and long sentences; sentences with and without adjectives that describe nouns; sentences with different kinds of patterns. For instance, I had a writer who always started sentences with a gerund: “Having gone out for my morning coffee, I now felt more like myself.” Over time this gets incredibly repetitive, as you can imagine: “Being the kind of woman who prides myself on my independence, I decided not to join the crowd.” Easy fix: “I didn’t want to join the crowd. I’d always prided myself on my independence.” Don’t overcomplicate things, and try to notice your habits, or ask a friend or an editor to read a chapter to see what kind of sentence structure tendencies you might have that you’re not aware of.

8. Transitions
Transitions are the spaces between scenes. They are usually time indicators, that hold the reader as you transition them from one space to a next. For instance, “The next morning, after I woke up from a hard sleep, I slipped into my favorite robe and headed to the balcony for a cigarette, my first in nearly five months.” This could be the opening line of a new scene, following on the heels of a scene that would have ended the previous night—maybe following a traumatic discovery, or a one-night stand, or a big party. Point being, one scene would have ended and another began, but you the memoirist tell your reader where you are now that a new scene has begun, and how many hours, days, or even years have passed since the end of the last scene. Transitions are all about anchoring your reader in your story so they don’t lose track of where you are.

9. Line Breaks
So many memoirists fail to use line breaks, or overuse them, because they don’t really understand when they need them or what they’re for. Line breaks showcase a transition from one scene to the next. They’re the “fade out” and “fade in” in a movie, and you implement them when there’s a significant change in time, place, or even mood. Many authors use line breaks sparingly, but those authors understand how to write seamless transitions. (Cheryl Strayed is a good example of this—Wild has very few line breaks.) However, most newbie memoir writers should use them, and get in the habit of doing a hard return, or using a triple asterisks, to note when they’re moving from one scene to the next. Not only is this good structuring, it will also help you keep track of your scenes.

10. Reflection
Finally, reflections are those places where you pause to ponder, to connect, to consider the ways in which your story is universal, and human, and relevant to your reader. Without reflection, your memoir may be a great story; with it, it can become transformative. It’s a window into your soul. It’s the place where you make a heart connection with your reader by writing about truisms, the human condition, and the ways in which your experience reflects something bigger about all people everywhere. This can feel like a hard thing to do, but once you get into the habit of it, it’s really not. You don’t want to overkill your reflective scenes, but there need to be some. Annie Lamott is a master of reflection, and every good memoir has them. Just start paying attention. Where does something that someone wrote totally eviscerate you? That’s probably a skillful reflection. Take note and implement. Your readers will thank you.

*This post is cross-posted at Write Your Memoir in Six Months.

PrevPreviousDo You Listen to Your Whispers?
NextForget everything you think you know about platformNext