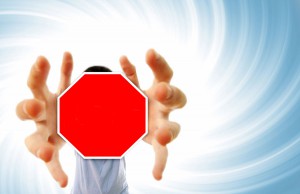 Every so often (fairly frequently, actually) I get an email from an author telling me that an agent or editor really loves their work, but . . .

From here any number of scenarios ensues. The agent has suggested that a multiple point-of-view novel be changed to single point of view; that a memoir be fictionalized so that it can have more tension or drama; that an author consider cutting an entire storyline or principal character; that the author co-write the book with someone more famous. These are just a few real-life examples; I’ve heard countless stories like this.

Aspiring authors find themselves in a predicament. They want to be represented by this agent. (And yes, this does tend to happen more often with agents, simply because editors are in the position of buying while agents are in the position of selling, which often means that they’re trying to—excuse me, but it’s true—dumb books down or make them more commercial so they can sell them to the big houses.) The authors then give their power over to the agent because they feel that the agent has more authority, more understanding of the industry, and also holds the keys to the kingdom. And while it’s true that agents have access, it’s also true that agents are human businesspeople who are looking to sell to the highest bidder. Many agents have true integrity, and suggest any number of plausible changes to a book with the best of intentions. But not many of them think through the impact their feedback has on authors. In my years at Seal Press I can recall at least a dozen books I ended up acquiring after a conversation with an author in which I suggested a change in direction to their manuscript that ended up being what they had originally desired, before their agent suggested a course correction.

Why does this happen as frequently as it does? The dumbing-down factor is part of it. Agents are trying to appeal to as broad a spectrum as possible; they’re not tailoring a book for a specific press. And suggested changes don’t come from a place of malice, obviously. Agents are simply looking to certain formulas that they know to work. And so the unsuspecting author who thinks their baby is fully cooked and perfect may have to contend with the suggestion that no, in fact, it needs plastic surgery, and an ankle brace, and a new hairstyle, and headgear, and physical therapy. Are you going to subject your baby to all of these suggested enhancements to make it “better”? Well, this is where it’s up to you.

The most important thing to pay attention to when you get feedback on your manuscript is whether the suggestions for changes resonate. If they do, you may well improve your manuscript by taking an agent or editor’s advice. If they don’t, and you change your manuscript anyway, you are compromising your own integrity and the integrity of your work. Bottom line. The problem here is that some authors don’t know. They’re not grounded enough in their own confidence about their work to know any better. These are the authors who are most likely to sacrifice without knowing they’re doing it. They change everything and anything without questioning it, and once all is said and done, they’re not sure which manuscript was better—the original or the revised version. Sometimes they’re so lost in the weeds that they can’t even remember what version is the current one. This is so common it’s not even worth opining on, other than to say that authors need to get centered. The only way to succeed in this industry is to know when to yield and when to stand firm. Refusing to be edited, or being so attached, or being so arrogant as to think where to buy lasix online that your manuscript is perfect, will get you nowhere; but the opposite is true too. Being so yielding, or so unattached that you’re willing to compromise your vision, sometimes not even realizing you’re doing so, can only end badly.

So here’s what to consider when an agent gives you feedback that requires substantial changes to your manuscript:

1. Does it resonate? If you have that “Oh my god, this woman is brilliant” moment—awesome. You may well be getting free editorial advice that will indeed improve your manuscript by leaps and bounds. If you’re excited, then that’s a good sign. If you feel dread, or like the agent is asking you to cut off a limb, you need to seriously consider the ramifications of what is being asked of you.

2. Is the agent committing to representing you if you make the changes? If so, you may decide it’s worth it for the sake of representation. If not, don’t do it.

3. Does the feedback feel heartfelt? At the end of the day, this may not matter THAT much, but what I’m getting at is a sense of connection. Do you think the agent read your entire manuscript? Is she giving measured feedback based on a comprehensive understanding of your manuscript? Or is she just shooting from the hip?

4. Is it more important to you to have the chance to publish on a traditional press than it is to keep your manuscript intact as it’s written? This is dependent on so many things that I hesitate to open this can of worms, and yet I must. I’ve seen agents and editors—again, often with good intentions—ruin perfectly good books. Sometimes authors who choose to self-publish end up being much happier with their experience than authors who traditionally publish simply because they end up being able to write the book they wanted and intended to write, without interference.

5. Does the agent have a strong sales track record? Yes, you got it. Do your research. Is this agent selling boatloads of books, or barely any? It’s shocking to me how often I hear back from an author about such and such an agent and the only thing they know about that person is that they agent books. Agenting does not require a specific skill set or degree; anyone can do it. So you want to make sure that this agent who’s asking you to make changes is actually selling a lot of books to publishers and knows what he or she is doing. And you want to LIKE them. Liking leads to trust, and trust is the foundation of this long relationship that you will hopefully have with this person, if #2 turns out to be a yes and they like your concept enough that they want to represent you after your changes have been made.

So what’s the skinny? It’s just not easy. The journey of writing and selling your book is a long one where sacrifices are often made. Just make sure that they’re not too much, and that you won’t regret your choices later. Resist the temptation to be dazzled by someone saying yes, your book is worthwhile. I know it’s a practically impossible request, but it’s important. Plant your two feet on the ground and ask good questions. Remember that an agent who wants to represent you is courting you. Allow yourself to be courted; don’t throw yourself at the first prospect that comes along and agree to make changes you don’t really want to make.

And please—share your stories with us. Has this happened to you? What did you do, and what was the outcome?

The Plight of Naïve and Renegade Authors

The Power of Free on Amazon